Here is a great article written about yours truly, a residency I held for 3 years at a place on the upper eastside of Manhattan NYC and the jazz scene that was created, written by jazz writer/blogger Chris Giarratano!

“The term “black is beautiful” was not rooted in a self-affirmation branding movement. It was a fiery arrow in a battle of semantics. Because black people forever had been hearing and seeing directly, indirectly, subtly, overtly, whispered and screamed that black is ugly. A contemporary of mine @nicholaspayton wrote an extraordinarily poetic missive where he self proclaimed that Jazz died in 1959. Well, I got news for you. It didn’t because it can’t. And while I do agree with much of what you wrote: Whacha you know about what went down at Cuckoo’s between ’91 – ’92?

@arnoldstrickland had a roll call of bassists and Cecil Brooks III on drums. It was swinging hard. Violent & LOUD! It was past, present and future. It was timeless but in time. This was love and call it what you want but most would label it unfortunately as Jazz. And Roy Hargrove would come in after his sets at the Vanguard and reach deep down because he knew this band is where the treasure was. Cuckoo’s was a basic French Bistro but to me it was the Cave of Machpelah. Roy didn’t just bring his trumpet. He brought his life force because Arnold and Cecil were the winepress of the LORD. He had no choice but to come up with something, anything that could make sense of the chaos. That could bring light to the darkness. And many times Roy would get exhausted keeping up. And I suspect Roy came there frequently because he knew Jazz was alive and he had to put up or shut up. Around this time, Roy was anointed by the media as the young lion carrying Wynton’s torch against the big corporate machine! @Wynton_marsalis can play but he was way ahead of his time in making press for himself.

Now how can I validate that Jazz was alive after ’59? Well my Poppa would come to Cuckoo’s and he had been at the Five Spot Café, every single night in ‘57, ‘58 & ‘59. He told me Arnold’s band was supreme, terror, evolution, prodigious, harmony, anarchy, newness, innovation, exotic. Is Arnold’s playing beautiful? Obvious! Electric? Like lighting! This music didn’t go up into the ether. I bootlegged the gigs. The revolution wasn’t televised. It was taped. Arnold is not a guitarist. He is a musician.
#royhargrove”

A link to Chris’s article:
https://www.instagram.com/p/BLxUwJIgMqK/

Welcome to “The Musings of a Progressive Jazz Guitarist”! My first Blog! 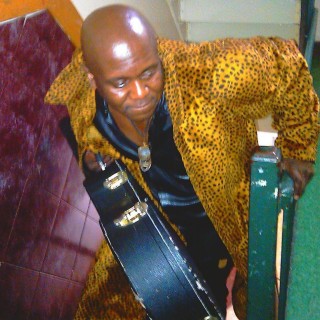 The Musings of a Progressive Jazz Guitarist Podcast